Considering forests and mountains as a home, as an inheritance from their fathers and a source of livelihood, but ethnic minorities in Kon Tum and Lao Cai have to rent production land, or get paid 1/4 the amount of price that the State pays forestry companies to protect the forest to maintain life.

The reallocation of land to ethnic minorities from agro-forestry companies has been a burning issue for many years when it comes to land management. Until 2018, 85% of the land expected to be handed over to the community remains under the management of the State Agro-Forestry Company or the local government.

Although the State has carried out many policies to ensure productive land for ethnic minority people, including the redistribution of land and forests from agro-forestry companies, the implementation of these policies is still very stagnant. As of 2018, 85% of the land planned to be handed over to the community remains be under the management of state-owned agriculture and forestry companies or local authorities.

The project “Strengthening access to forest management and use of ethnic minorities” funded by the European Union (EU) from October 2020 to September 2023, implemented by CISDOMA, OXFAM, CEGORN, CRD currently 2 districts Van Ban, Bao Yen (Lao Cai province) and 2 districts Kon Ray and Kon Plong (Kon Tum). The objective of the project is to contribute to strengthening land management and use of about 1,500 hectares of land and for ethnic minority communities; develop and share the process of land allocation, forest allocation with participation and gender integration.

Mr. To Manh Tien, Deputy Director of Lao Cai Department of Agriculture and Rural Development, emphasized that in order it was necessary to clearly define the rights and responsibilities of stakeholders, what benefits people receive, how forest violations is handled to the community.

Since October 2020, the project “Strengthening access to forest management and use by ethnic minorities” implemented in Kon Tum and Lao Cai has been making efforts to identify the land and promote the process of land transition for people. After 12 months, the project continuously conducted a series of dialogues, worked with local partners from the commune level, district to province (department of agriculture), and State Forestry Companies. 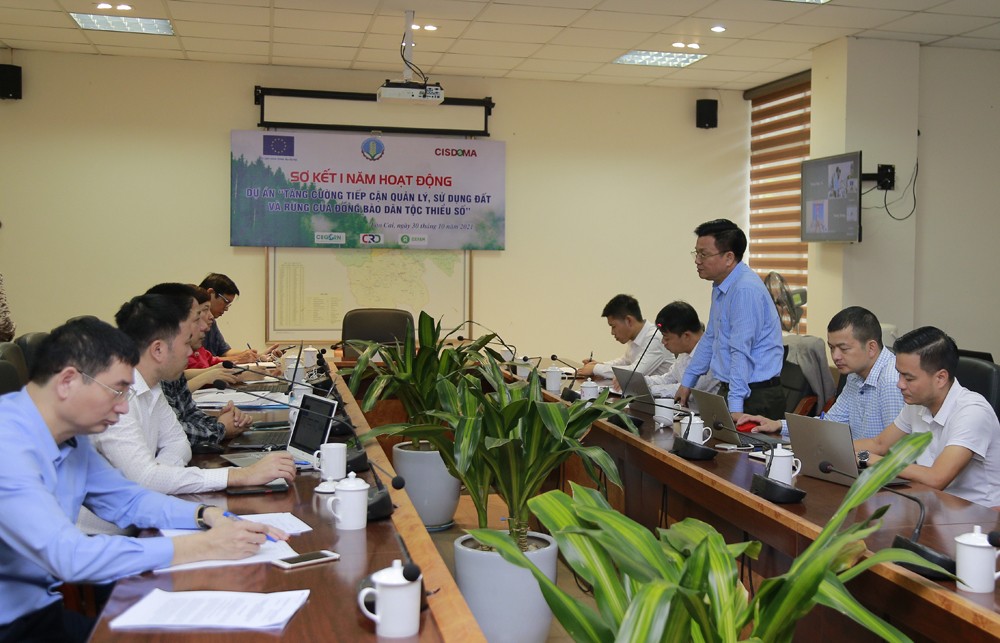 Meeting with Goverment and Forrestry companies

At the same time, for ethnic minority communities, the project implements a series of project introduction activities, establishes Community Forest Management Boards and trains to strengthen the capacity of the community based on the principle of consensus, voluntary, forefeiatory and informational (EPIC). For the vulnerable group of women, the project is particularly focused on calling for and encouraging participation. At least three women have been holding positions on the Community Forest Management Board.

After 12 months of implementation, the project has found nearly 1700 hectares of land and forest to hand over to 18 ethnic minority communities from state-owned forestry companies in Kon Tum and Lao Cai provinces.

After the land and forest has been allocated to the community, forest-based livelihood solutions suitable with the community groups will be developed, suitable trees under the forest canopy will be sown, livelihoods outside the forest such as: establishment of cooperatives, development of traditional knitting craft…increasing sustainable income for people will be implemented. The ultimate goal of the project is to help improve people’s living standards, young people of ethnic groups do not need to work far from their homeland to earn a stable income, and the locality keeps a significant number of the forest protection forces. 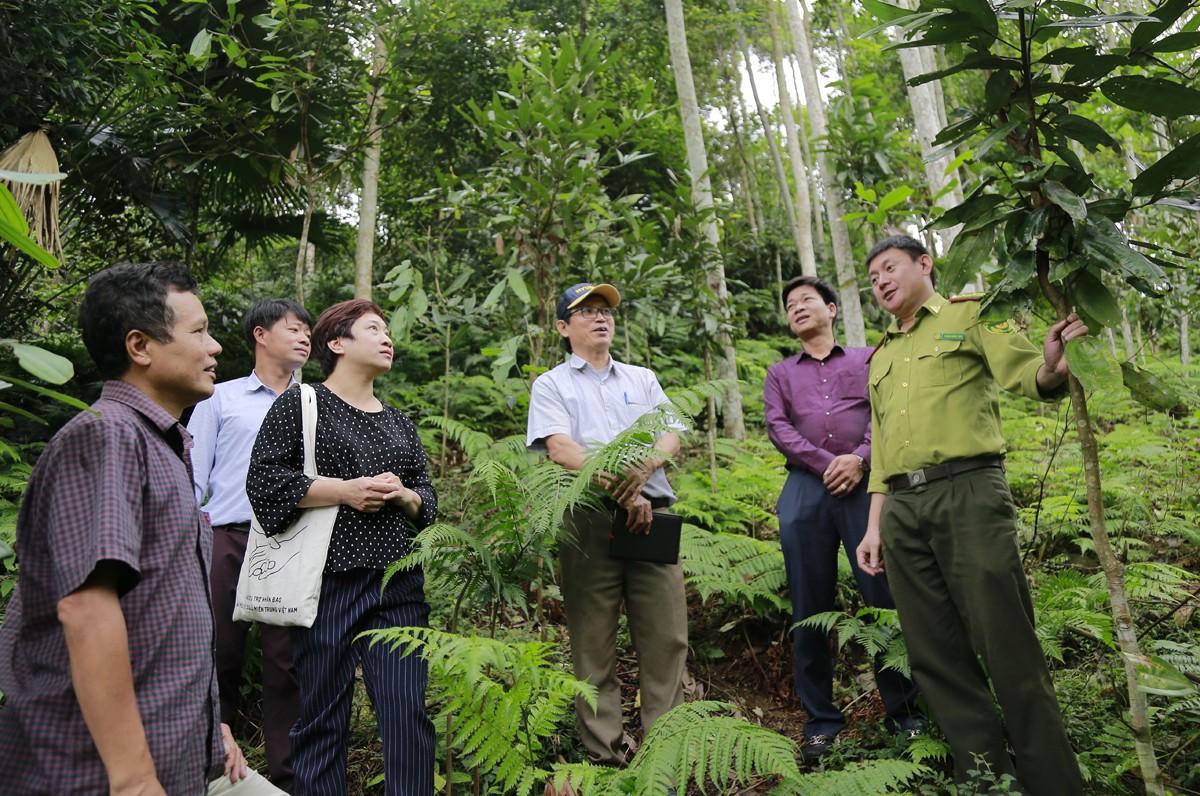 Mr. Nguyen Tien Quyen, Party Secretary of Tan Tien Commune, Bao Yen District, positively assessed the impact of the project on the people. He said people highly agree with the policy of assigning forests to the community. All 3 villages in the project implementation area are eager to participate in this model. People are also discussing to put the contents of management of the assigned forest area into the village and village treaties.

In the next 2 years, the project will continue working with the authorities of Lao Cai and Kon Tum provinces to accelerate the process of allocating the identified land area to the ethnic minorities by participatory methods, holding a dialogue between the CFM group, the State Forestry Company, the provincial government on the relevant process and steps of land return and allocation. Besides, the project will also promote discussion of the rights and obligations in the management and use of the allocated land in the community. Development of sustainable forest and land management plans and the issuance of land use right certificates.