On September 19th 2017, the Consultative Institute for Socio-Economic Development of Rural and Mountainous Areas (CISDOMA) in coordination with Aide et Action Vietnam (AEA) and Vietnam Institute of Educational Sciences (VNIES) held the national workshop “Improving the quality of education for ethnic minority children through language development”. This is an activity within the framework of the project “Promoting inclusive and relevant early childhood care and education for ethnic minority and disadvantaged children in Vietnam” funded by European Union, and co-implemented by CISDOMA and AEA in the communes of Ta Leng, Nung Nang, and Khun Ha (Tam Duong district, Lai Chau province) from January 2016 to December 2018. 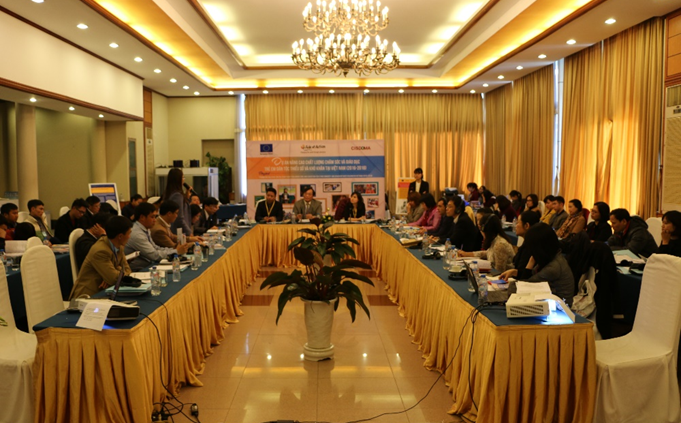 Themed “Improving the quality of education through language development”, the workshop engaged around 60 participants from the Delegation of the European Union to Vietnam, the Ethnic Council – the National Assembly, Lai Chau Department of Education and Training, local partners and project beneficiaries in Tam Duong district, and representatives of other interested local agencies and international organizations (UNICEF, UNESCO, Plan, VVOB, etc.). 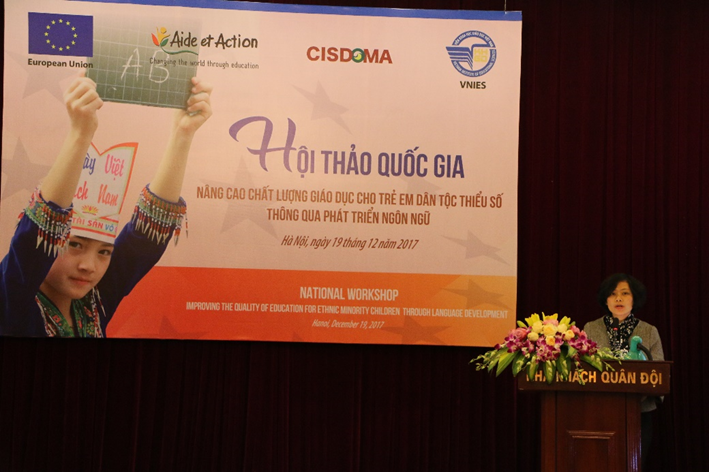 At the workshop, representative of the Ethnic Council – the National Assembly presented education policies for ethnic minorities and the monitoring of policy implementation by the National Assembly. The presentation of representative from the Center for Ethnic Educational Studies – VNIES highlighted the superiority of mother tongue-based bilingual education (MTTBE) through researches and experiences in pilot implementation of MTTBE in Vietnam. 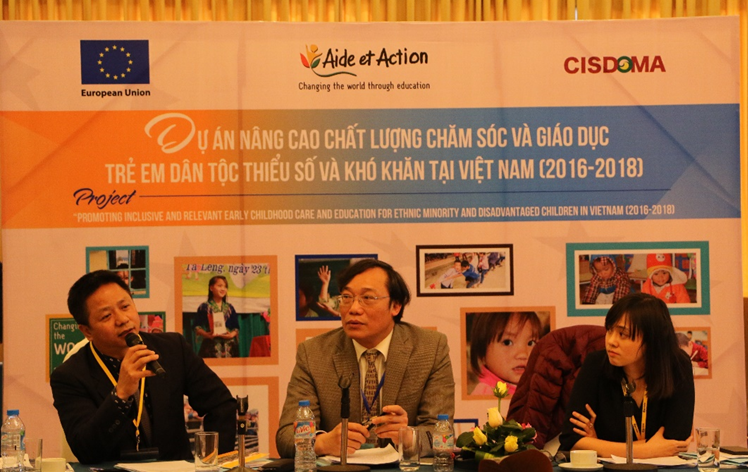 Mr. Truong Quoc Can, Director of CISDOMA, co-chaired the workshop 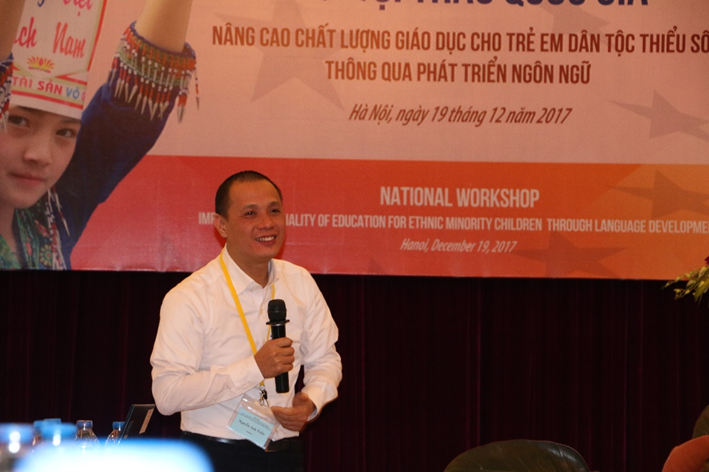 The workshop devoted most of its time to open discussion on policies, practices, difficulties and challenges related to improving the quality of education for ethnic minority children, , and on different MTTBE approaches adopted by international and social organizations in Vietnam. The workshop participants made recommendations to improve sharing of information and resources between educational research and management agencies and interested local and international organizations to improve the quality of learning for ethnic minority children through language development, and suggested plans to hold workshops / forums on this theme in the near future. 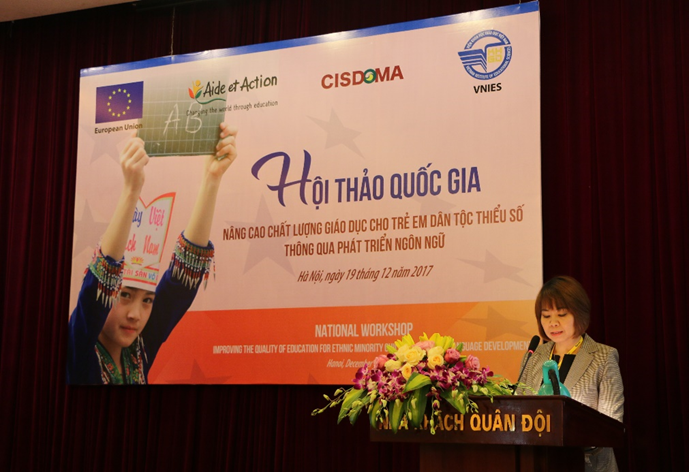 At the workshop, Ms. Nguyen Hong Anh,  representative of the Delegation of the European Union to Vietnam, shared that this workshop and the project “Promoting inclusive and relevant early childhood care and education for ethnic minority and disadvantaged children in Vietnam” in general have demonstrated the role of social organizations in supporting ethnic minority communities. They have also proved the role of the cooperation between social organizations, government agencies, and scientists in addressing the challenges in improving access to quality education for ethnic minority children.