The Consultative Institute for Socio-Economic Development of Rural and Mountainous Areas (CISDOMA) in cooperation with Tam Duong District People’s Committee (Lai Chau  province) and Nga Nam District People’s Committee (Soc Trang province) has recently launched  the project “Adaptive livelihoods for food security and climate resilience of vulnerable communities in Vietnam” in two districts of projected areas. The project is funded by Bread for the World (BfdW) with co-funding from The Australian Foundation for the Peoples of Asia and Pacific (AFAP) and local funds. 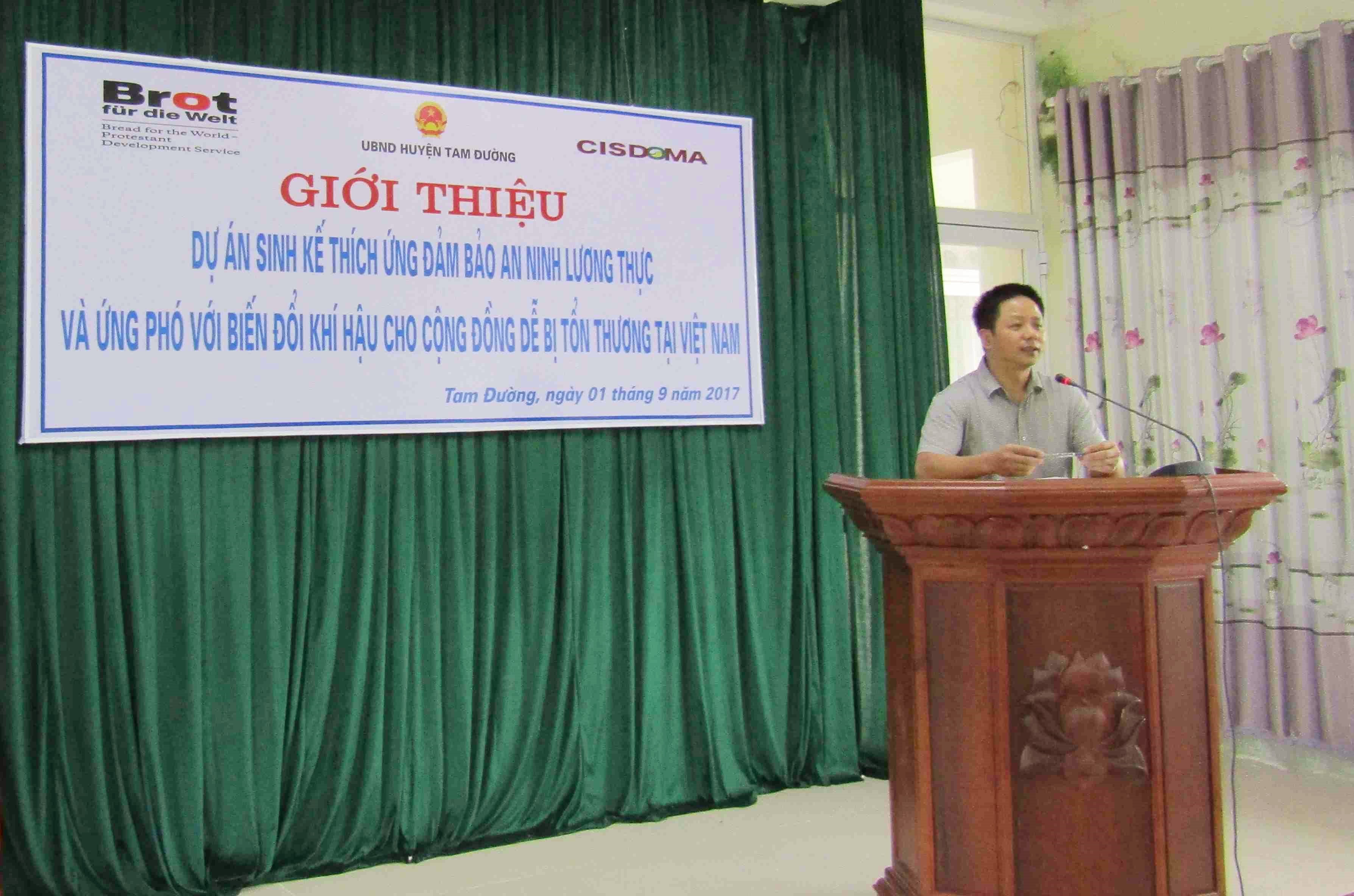 Mr. Truong Quoc Can, Director of CISDOMA is introducing the project at the launching workshop

The targeted communities in this project in Nga Nam are those most affected by salt intrusion and drought in the district, while the two communes in Tam Duong are affected by drought and extreme cold weather. The targeted groups are the poor in the communities with little access to natural resources, limited technical and economical knowledge.  They are often the most vulnerable groups in the communities in any event of harsh weather/disaster, especially in the context of climate change.

Aiming at enhancing climate resilience of vulnerable communities through improving local climate literacy and adoption of adaptive agriculture practices, the project will facilitate the community to strengthen/mobilise existing structures/set up in the communities with suitable structure of groups and appropriate orientation modalities. During the implementation of the project, through this structure, the communities’ members will engage directly into the process of analysing, identification of issues and solution, as well as planning their actions to solve the identified problems. These processes will be facilitated by applying different participatory approaches such as Participatory Learning and Action (PLA), Participatory Climate Vulnerability and Capacity Assessment (PVCA)…, with the guidance, technical inputs from CISDOMA and relevant experts.

This project will target to working with:

Speaking at the launching workshop held on August 25th 2017, Mr. Vo Minh Thang, Vice Chairman of Nga Nam District People’s Committee expressed his deep concern about climate change that makes agricultural production in the district, which is considered the main source of livelihood of the local people more and more difficult. He also expressed a sincere thanks to all donors and CISDOMA for implementing the project. 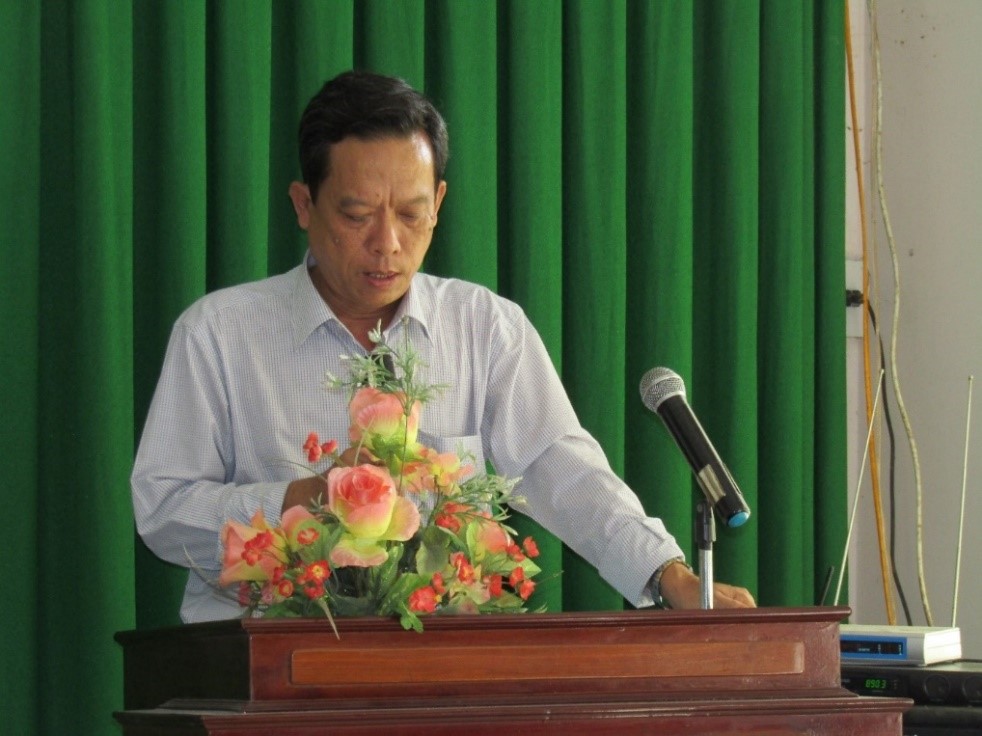 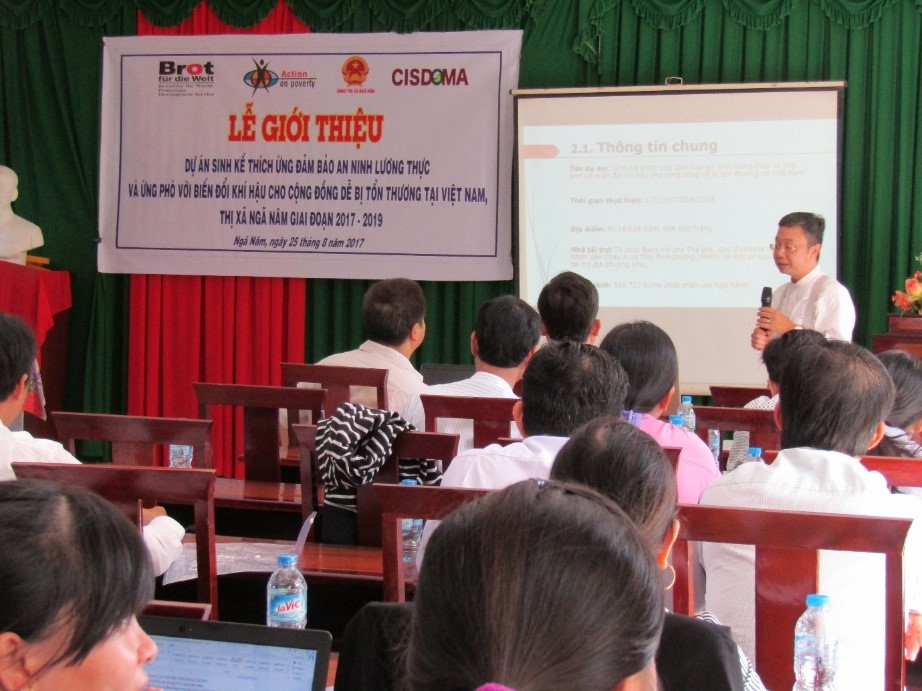 Mr. Dao Ngoc Ninh, Vice Director of CISDOMA is introducing the expected outcome, impact and activities of the project

At the launching workshop held in Tam Duong district on September 1st 2017, Ms. Tan Thi Que, Vice Chairman of Tam Duong district People’ s Committee gave participants an overview of the current socio-economic development in the district that main livelihood is agriculture. In the recent years, the cultivation is limited due to the disasters occur frequently. Ms. Tan Thi Que said: “The district was heavily affected by climate change, especially remote communes like Binh Lu and Khun Ha. Therefore, we highly appreciated the necessity of the project in enhancing the climate resilience of vulnerable communities in Tam Duong District”. 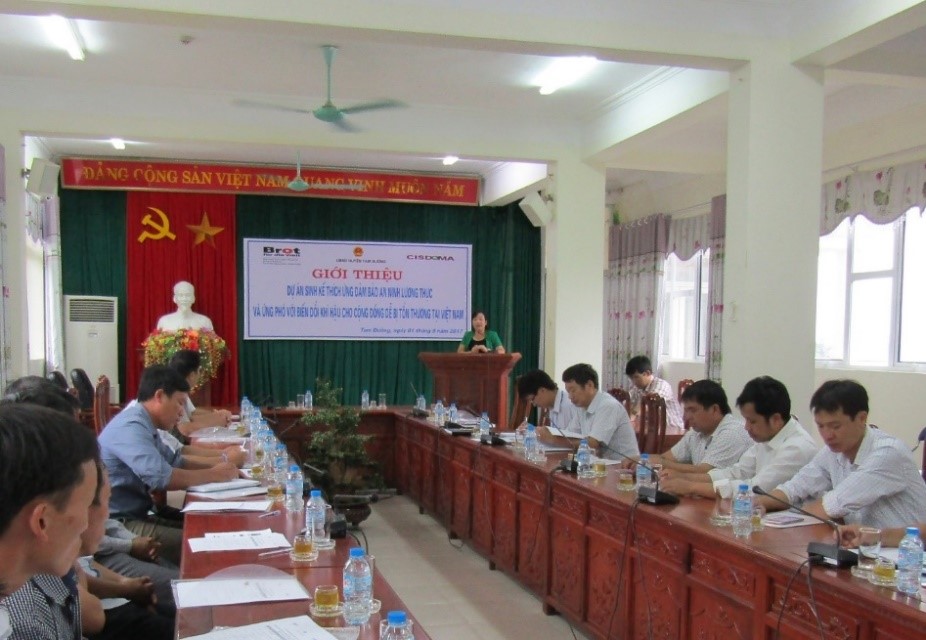 After launching the project, CISDOMA team, together with the local partners in Tam Duong district and Nga Nam town will quickly implement series of the activities with the local communities. The project is expected to be implemented in two years starting from July 2017 to June 2019.