Another perspective on gender – insensitive advertising

Another perspective on gender – insensitive advertising

It has been 7 years since the government officially issued a set of gender indicators in the media, however, gender-insensitive advertising products still appear popular in all news channels. The lack of a consistent effort from both viewers and producers is the bottleneck of this problem.

Observing in forums promoting gender equality, brand boycotts with gender-insensitive advertisements, education of communicators on gender equality are quite common. The above response depends on the individual and organization’s approaches to gender-biased media, but generally shows that the majority of advertisers lack understanding of gender equality or lack of social responsibility. festival. However, according to the results of “Research on gender stereotypes and the promotion of gender equality in Vietnam – Perspectives from the media and advertising industry” was conducted in 2020 shows that most of the communicators responding to the interview were in favor of gender equality and said that “(1) nowadays, the role of gender discrimination in work and society has been gradually changed in a positive way, and ( 2) all skills are gender-neutral.”

Despite having enough awareness and support for gender equality, why are producers still unable to break out the gender-biased advertising spiral? Discussing this contradiction, on March 24, 2021, the Vietnam Women’s Academy, in conjunction with CISDOMA and Oxfam in Vietnam held a seminar on “Gender images in advertising”.

The market also exists many prejudices

Speaking at the seminar, journalist Dinh Duc Hoang emphasized that the fault is not only in advertisers but also in our society that there is still gender inequality, gender division of labor. For example, actually women are doing more washing, men are driving more. Advertising is not for the purpose of propaganda but to serve the market, “its responsibility is to exaggerate the wishes of the society.” Therefore, the advertising will reflect popular stereotypes: in detergent advertising, female characters will appear more; in contrast, in car advertising, men drive more to aim at target groups. Or when cosmetic ads mainly show white women, invisible, women must be beautiful and set beautiful standards. It is also necessary to recognize that these stereotypes are popular and pursued by the majority in Vietnamese society. “In India, cosmetics advertising are full of brown women, meanwhile, men participate a lot when advertising cosmetics in Korea” said journalist Dinh Duc Hoang.

It is worth noting that the market itself is also returning signals full of gender stereotypes. Dr. Dang Hieu Ngan (journalist, director of foreign affairs at Naver company) said that we also need to ask the opposite question that if the advertising images are changed immediately, the audience will accept them or not. Imagine: in an advertisement for a man-starred laundry detergent, an ad for a car starring a woman. Will they be received and purchased by users the same way? The regret is: detergent ads featuring women are actually selling more. Consumers are also implicitly endorsing gender stereotypes on advertising. 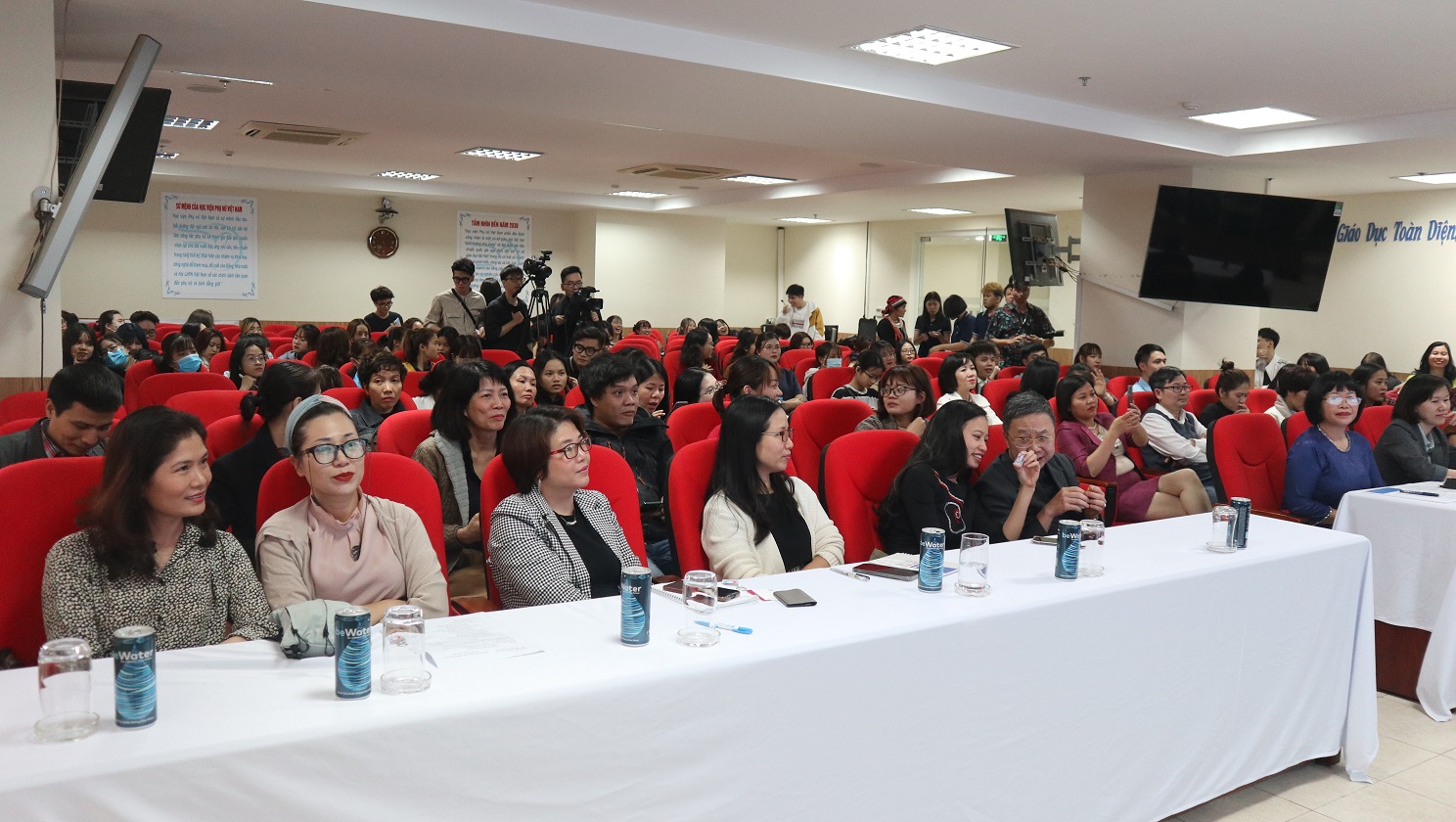 Reducing gender stereotypes on advertising products requires effort from both producers and viewers. On the public side, viewers need to “signal in the role of consumers to producers” that now viewers “like what, what discomfort”. Producers definitely need to listen and adjust to the predilection of the viewer. Immediately introducing a set of gender norms and applying the company’s advertising products is also difficult to bring high efficiency because the advertising has very heavy sales pressure. Young people can completely choose not to view or respond to gender-biased advertisements. In addition, consumers also need to practice thinking independently of the messages on advertising, so that they are not affected by the bias on not only advertising but also many other types of media.

On the producer side, it is very necessary to have a creative and ambitious spirit to create a new trend, not just based on existing patterns in society. Dr. Nguyen Tuyet Minh emphasized that “profits must come with social responsibility, the production of radical movies and advertising also exerts tremendous creative pressure”. The cliché images, even if they are profitable, will soon become boring and do not attract the attention of customers.

What people affected by KPIs should do to achieve it. Maybe brand B’s campaign (in favor of gender equality) is an exception. If it doesn’t work then they won’t do it either […] And if it works then they’ll be able to 5 years to make this message. (Respondent K – male interviewed in research on gender stereotypes and gender equality promotion in Vietnam – Perspective from the media and advertising industry ”