On March 3, 2022, Ambassador Giorgio Alberti, Head of the European Union Delegation to Vietnam, together with CISDOMA project team paid a visit to Lao Cai for the purpose of supervising the project “Strengthening access to management and use of land and forests of ethnic minorities”. In this trip The Ambassador had a meeting with Chairman of Lao Cai Peoples’ Committee.

Receiving the delegation, leaders and representatives from Department of Agriculture and Rural Development (DARD), Department of Foreign Affairs, Office of Provincial People’s Committee; and The Consultative Institute for Socio-Economic Development of Rural and Mountainous Areas (CISDOMA) participated in the meeting.

At the meeting, the Chairman of the Lao Cai People’s Committee Trinh Xuan Truong expressed his pleasure to welcome the EU Delegation to visit Lao Cai province. The Chairman walked the Delegation through the formation and development of Lao Cai province, especially highlighting the area of land forest and forestry land which Lao Cai is implementing the project “Strengthening the management for land originating from state-owned farms” between 2022 to 2024. In the meantime, the Provincial People’s Committee has approved the land use plan of Van Ban, Bao Yen, and Bao Thang Forest Company. For the land that is inefficiently used, disputed, and overlapped by forestry companies, 4.390 ha of land will be transferred to local management.

To have more resources for the implementation of land and forest allocation to village communities, Lao Cai province is very grateful to the EU for the financial support to CISDOMA, Oxfam and project implementing partners to implement the project of land allocation associated with forest allocation to several communities in Bao Yen and Van Ban districts. The allocation of land together with forest to entities is necessary to enhance effective management of natural resources and creates favorable conditions for the land and forest users. In this regard, it is necessary to have the local community participation to forest management, protection, development; and for livelihood development. However, their this a challenge in allocation of land in association with forest, as there are inconsistent provisions between the Land Law 2013 and Forestry Law 2017. 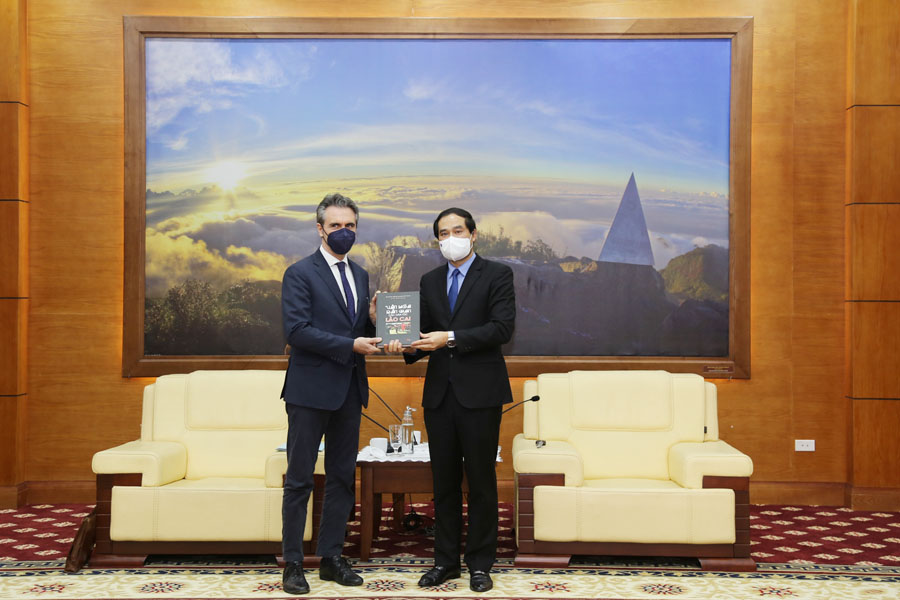 Within this project, Lao Cai expresses their wish that The Consultative Institute for Socio-Economic Development of Rural and Mountainous Areas (CISDOMA) will coordinate with relevant agencies at all levels to: finalize the process of land allocation procedures associated with land allocation for uniform implementation nationwide. After piloting land allocation associated with forest allocation to residential communities; support in the development of land and forest management mechanism that has been assigned to the community with people consensus; request the EU to consider support for sustainable livelihoods of the communities after the land and forest has been allocated, which will consequently reduce human impacts on forests.

The Chairman of Lao Cai People’s Committee affirmed that: land and forest allocation is the prioritized policy of the Party and the State of Vietnam. With the responsibility of individuals and leaders of the Provincial People’s Committee, they will create all favorable conditions and timely support during the implementation to achieve the project’s objectives.

Ambassador Giorgio Aliberti, Head of EU Delegation to Vietnam thanked Lao Cai province for the warm welcome and he also congratulated the province on starting the Lao Cai Airport; at the same time, introduced the project “Strengthening access to management and use of land and forests of ethnic minorities” funded by EU in Lao Cai province. As a donor, the Delegation went on a field trip to Bao Yen district and saw the consensus from local people to government and forestry companies, he realized that local people have full capacity to receive and take over the land that was handed over by forestry companies for forest management and development.

The Ambassador said the project “Strengthening access to management and use of land and forests of ethnic minorities” was implemented in two provinces of Vietnam: Lao Cai and Kon Tum. He also suggested that Lao Cai province should soon decide to allocate land from the forestry companies to the local people, believing that the project will succeed and contribute to the protection of natural resources and create livelihoods for local people.

In the morning of the same working day, the Delegation visited the project site in Tan Tien commune, Bao Yen district, Lao Cai province. Project “Strengthening access to management and use of land and forests of ethnic minorities” sponsored by the EU, implemented by CISDOMA, Oxfam, CEGORN, CRD in Lao Cai, and Kon Tum from October 2020 to September 2023.